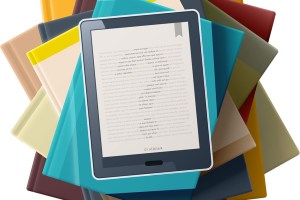 Here is a list of this weeks free or cheap E-Books !

Taming Him is a full-length standalone novel that’s filled with laughter, sweet heart-warming moments, and plenty of steam! Let Kennedy Fox take you to the south for an adventure that’ll surely leave your Kindles on fire!

Gia Santella no longer cares about the consequences. She copes with her parents death by drinking, spending, and kicking butt when it’s necessary. After an unexpected letter reveals that her loved ones’ tragedy was murder, Gia changes her focus to revenge.

The Jacq of Spades: Part 1 of the Red Dog Conspiracy – FREE

Jacqueline Spadros is haunted by her best friend Air’s death, killed as he tried to stop her sale to the Spadros crime syndicate ten years ago. Now in an unwilling marriage to the city’s biggest drug lord, she secretly runs a small-time private eye business to earn enough money to escape.

When a young woman is found strangled in her own bedroom, DS Imogen Grey and DS Adrian Miles are plunged into an investigation to find a twisted serial killer who likes to date his victims before he kills them.

Rosie Sharpe cried over her missing friend for weeks after.
But her little sister Heather knows that Rosie’s tears hide the truth.
Because the night Samuel was last seen, Heather watched her older sister climbing back through the window of their childhood bedroom. Her jacket torn, her eyes wild and her body trembling with fear.

Nathan West loved his wife Laura with all his heart. But now she’s gone, taken from him in a seemingly random act of violence. Laura was the glue that held their family together. And for Nathan, life without her feels almost meaningless.

Smart-mouthed and funny, sometimes raunchy, Richard Casey is in most ways a typical seventeen-year-old boy. Except Richie has cancer, and he’s spending his final days in a hospice unit. In this place where people go to die, Richie has plans to make the most of the life he has left. Sylvie, the only other hospice inmate under sixty, has a few plans of her own for Richie. What begins as camaraderie quickly blossoms into real love, and this star-crossed pair is determined to live on their own terms, in whatever time remains.

Eighteen-year-old Harper’s perfectly planned city life changed in one devastating instant. While she prepared for college, her parents died in a horrific car crash, leaving her and her younger siblings to a distant family friend in the New Zealand countryside. And when she sees their assigned guardian’s backwoods house, the only redeeming feature is the kind boy with the charming eyes.

* Please note as Amazon Associates we earn from qualifying purchases.